skip to main | skip to sidebar

Jan and Mike on tour 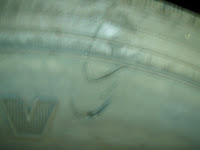 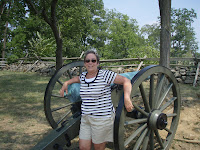 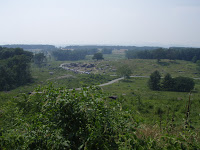 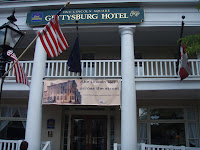 They say "The rain in Spain falls mainly on the plain"....BUT Mike and I know it really falls in Gettysburg!!!!!! We had a horrendous storm last night that has carried into today. Lost electric in the wee hours and finally got it back early this AM. But despite the weather it has been an interesting week. We started out at the new visitors center, which has a great display, outlining the civil war from its beginning, and of course focusing on the Battle of Gettysburg. Next came the driving tour..which takes you through each day of the battle..close to 1400 monuments and markers dot the landscape of the 6,000 acre battlefield..165,000 soldiers fought here and more than 51,000 were either injured or killed...it is unimaginable, to see where and how these men fought, and the question that runs through my mind is "what about the civilians caught up in this town " when you look at the fields of battle....they run through farms and lands that were occupied by the townsfolk...Unfortunately, not much has ever been written or followed through on that aspect of the war. We spent a day wandering through the downtown area, and seeing many of the buildings that are still standing from that era. Mike took me to dinner at Dobbins House, a wonderful period restaurant, that was the home of the Reverend Dobbins and his 2 wives and 19 children!!!! It was also one of the stops on the underground railroad for fleeing slaves, and during the battle served as a hospital for both Union and Confederate troops. We are camping at Artillery Ridge Campground, which was actually the rear of the Union lines, and it is the home of the National riding stables...and before you ask NO WE DID NOT RIDE THE HORSIES!!!!!!
Tomorrow we head back to Biglerville to get the tire replaced...and hopefully that will be accomplished with a minimum of angst!!!!! Then off to Kinzers, PA and the Amish countryside..
From the road,
Jan and Mike
Posted by Jan and Mike at 4:39 PM 1 comment: Links to this post 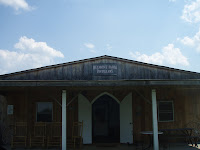 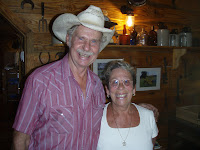 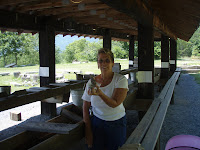 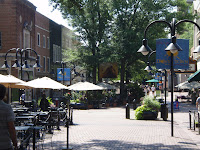 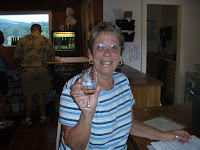 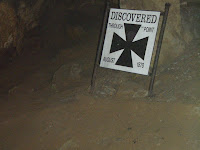 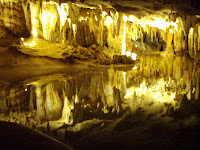 Mike and I have spent the last 3 weeks meandering through Virginia.Wytheville was our first stop, in the mountains of southwest VA. A beautiful area surrounded by mountains and farm lands that are amazing..We drove through the Jefferson National Forest, named so because Thomas Jefferson's father surveyed the land,he did so with his constant companion Max..that is how the town of Max Meadows got its name..LOL.Okay not really but it makes a great story..:)
We went to Virginia City Gem Mines,and found some great gems, real honkers (worth undetermined but who knows!!!). Next stop was Louisa, where we camped in another of our out of the way places...alright not a field, but pretty close!!!! Mike pups and I went to Monticello, Michie Tavern and Ash Lawn-Highland. But the best stop (at least in my opinion) was the Jefferson Vineyards!!!! Thomas Jefferson brought grapes back from France and started a winery on his property...The grounds are incredible and the wine ,superb. Okay, so I'm becoming a Wino!!!! A trip to Charlottesville, was interesting..it is a college town, having grown up literally around The University of Virginia...Our next and finally stop has been Madison..a small town nestled between the Blue Ridge Mountains and the Shenandoah Valley. Mike took me to the Luray Caverns, I have a suspicion he planned to leave me there..LOL..BUT..they don't allow anyone down without a tour guide..:) To say it is absolutely awesome, only touches on the beauty of the caverns. A drive to the Shenandoah River was a must and we enjoyed watching the lazy river just roll by. Next was a day in Culpeper..a town wrought with Civil War history, and a drive to "Belmont Farm Distillery"..they have the only LEGAL STILL in the United States producing Moonshine!!! The owner Chuck Miller and his wife run the place..it was passed on from his Grandfather. The Still was built in 1933 and is still in use. He took us on a tour and showed Mike how White Lightening is made..Of course Mike is now the proud owner of a bottle of Virginia Lightning Whiskey and a bottle of Kopper Kettle Whiskey, which is aged in barrels for 2 years before bottling. To quote Mike "smooth very smooth"...Today we went to the Madison County fair..what a hoot...Tomorrow we are off to Gettysburg, PA..Oh the furry crew had another meeting and have reached an accord, Dusty chases, the pups run and everyone is happy!!!
From the road
Jan and Mike
Posted by Jan and Mike at 8:13 PM 1 comment: Links to this post